In 2020, I read 32 books out of my 40 goal. The pandemic year brought swings and roundabouts: sometimes I’d escape reality by reading as much as I could, sometimes I was too exhausted to even think about consuming words. 81% of the books were written by women, up from 68% last year. 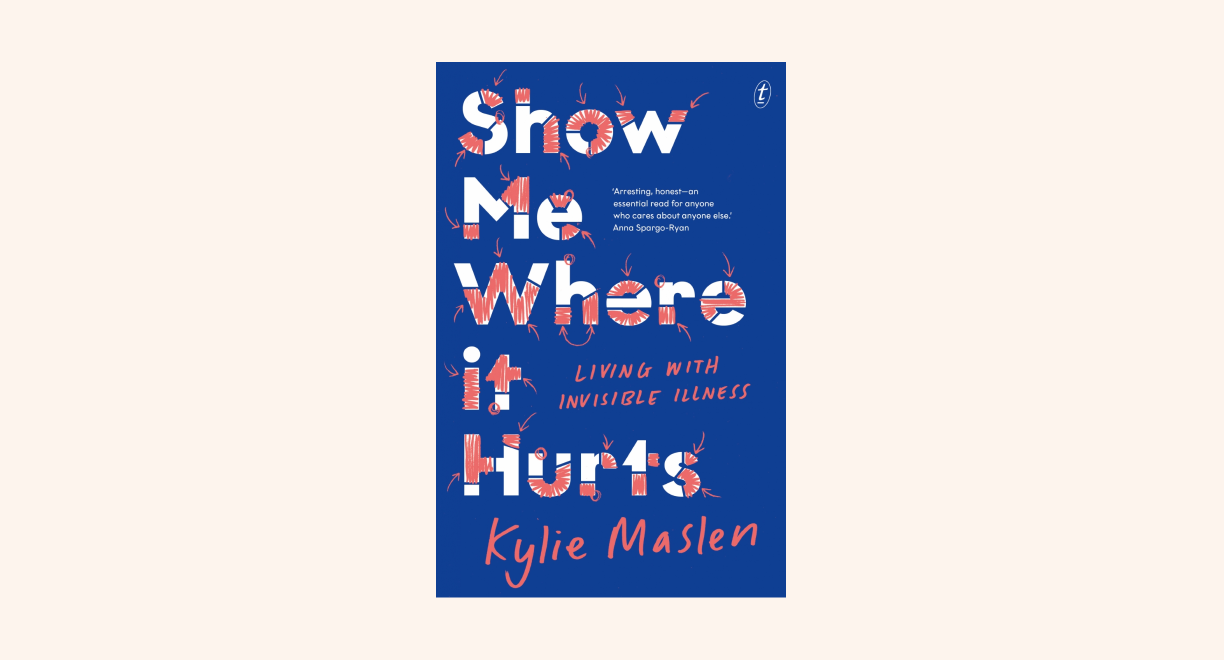 Show Me Where It Hurts: Living with Invisible Illness

I felt seen and validated by this book. Women’s pain is often overlooked and dismissed, resulting in years without relief and appropriate treatment. It’s also common to not believe how someone’s life-altering mental and physical illness can be because it’s not ”visible”. Kylie shares her own experiences and unveils how health professionals in Australia failed her.

I’ll admit that I picked up this book solely based on being intrigued by the title—I wanted to know! There are valuable insights in Why We’re Polarized, but I expected it to be more universal than focusing solely on partisanship in the United States. 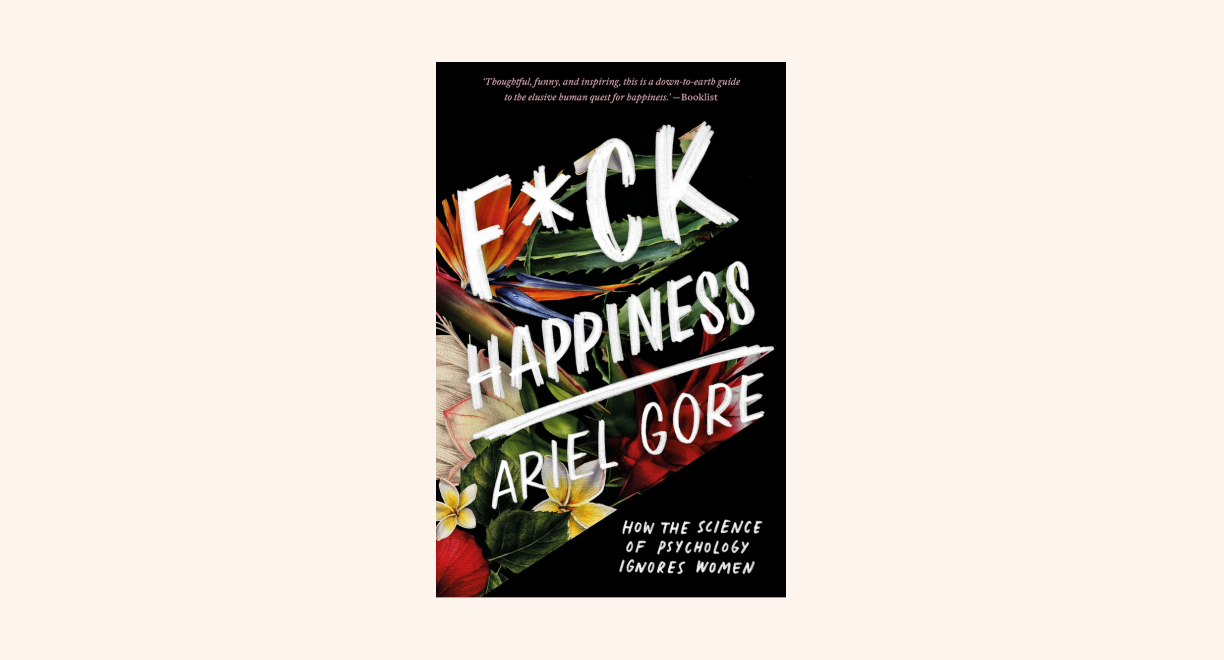 F*ck Happiness: How the Science of Psychology Ignores Women

This book does an excellent job dissecting how psychology ignores women and tries to force false ideas about what makes them happy into their brains. I’m with you, Ariel. Fuck happiness. 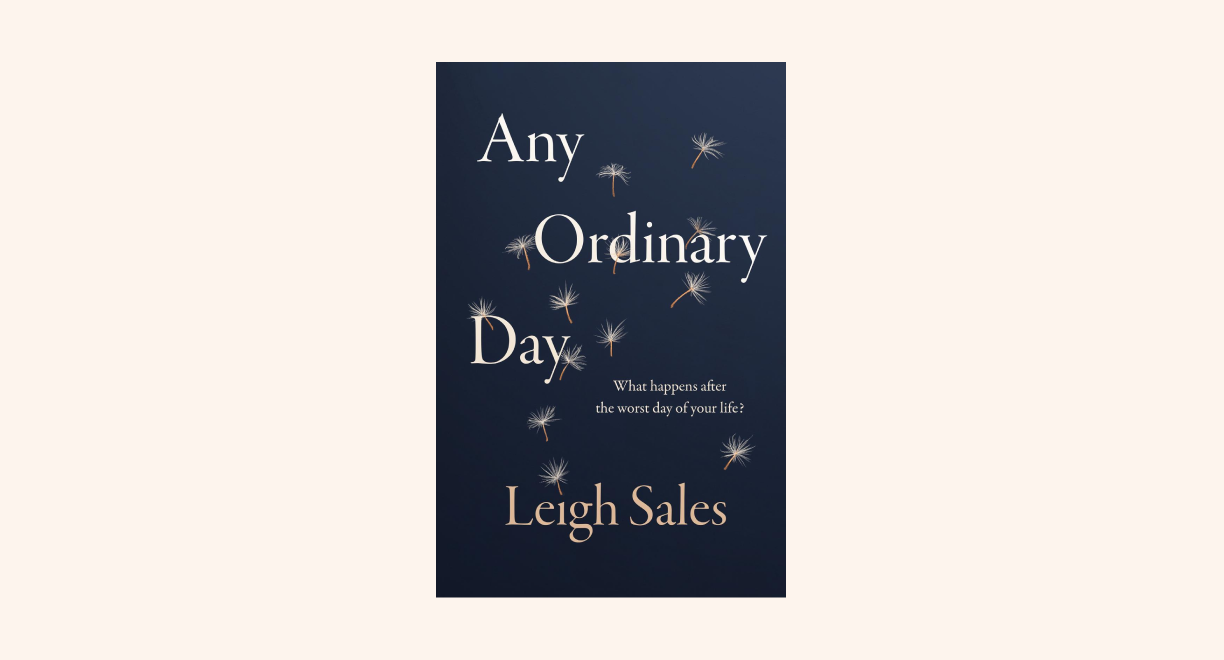 Any Ordinary Day: Blindsides, Resilience and What Happens After the Worst Day of Your Life

What a challenging yet beautiful read. Leigh describes horrific life circumstances people faced and how they recovered and moved on. It’s a beautiful set of essays about resilience and hope—something I needed in a complete shitfight of 2020.

The Body Is Not an Apology: The Power of Radical Self-Love

I read a handful of body positivity and neutrality books, but none hit the nail on the head as hard as this one. Sonya speaks of ways of treating yourself and your body I wish I had heard of since the beginning. They might have saved me a lot of pain and confusion.

You’ll Grow Out of It

Another hilarious memoir written by an author I have never heard of before. It’s close to Irby’s level of cackles, so if you need some laughs, it’s a good bet.

Hunger: A Memoir of (My) Body

I love Roxane Gay—everything she writes is exceptional. They are usually not easy reads, nor was this one. Roxane describes her relationship with body and weight. At times I nodded to familiar patterns she explained, and at others, my heart broke at how hostile the world is to anyone who even mildly doesn’t fit the toxic norm. 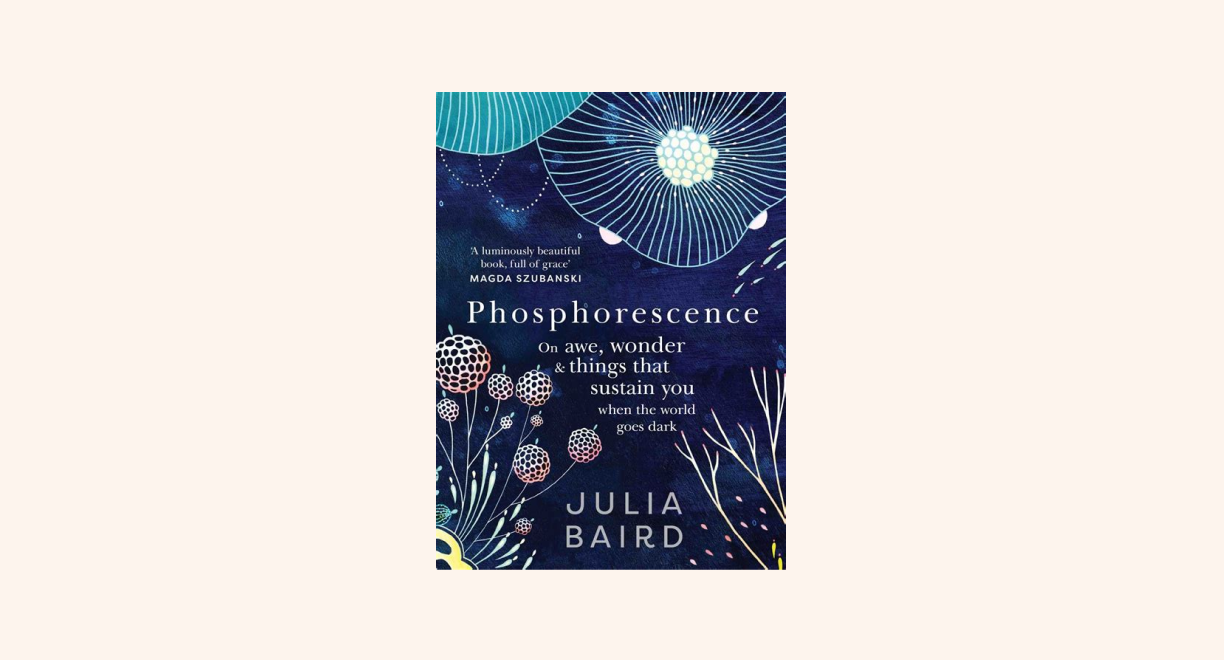 Phosphorescence: On Awe, Wonder and Things That Sustain You When the World Goes Dark

Phosphorescence is not a self-help book, but it will move and inspire you. Julia draws on her own experiences (fighting cancer) and how they shaped her own search for purpose and contentment in life. Another must-read for the challenge last year has been.

I must admit that this was the first time I read Zadie’s writing (I know). Intimations is a powerful set of short essays describing the experience of lockdown. Timely.

Net Privacy: How We Can Be Free in an Age of Surveillance

Privacy is a vital subject that’s often at the front of my mind. I found Net Privacy a good introductory read but too broad and generalist for those already well-versed in the area. It also fell into the traps of repeating the same ideas repeatedly and quoting as much research as possible, which often got into the way of communicating points across. 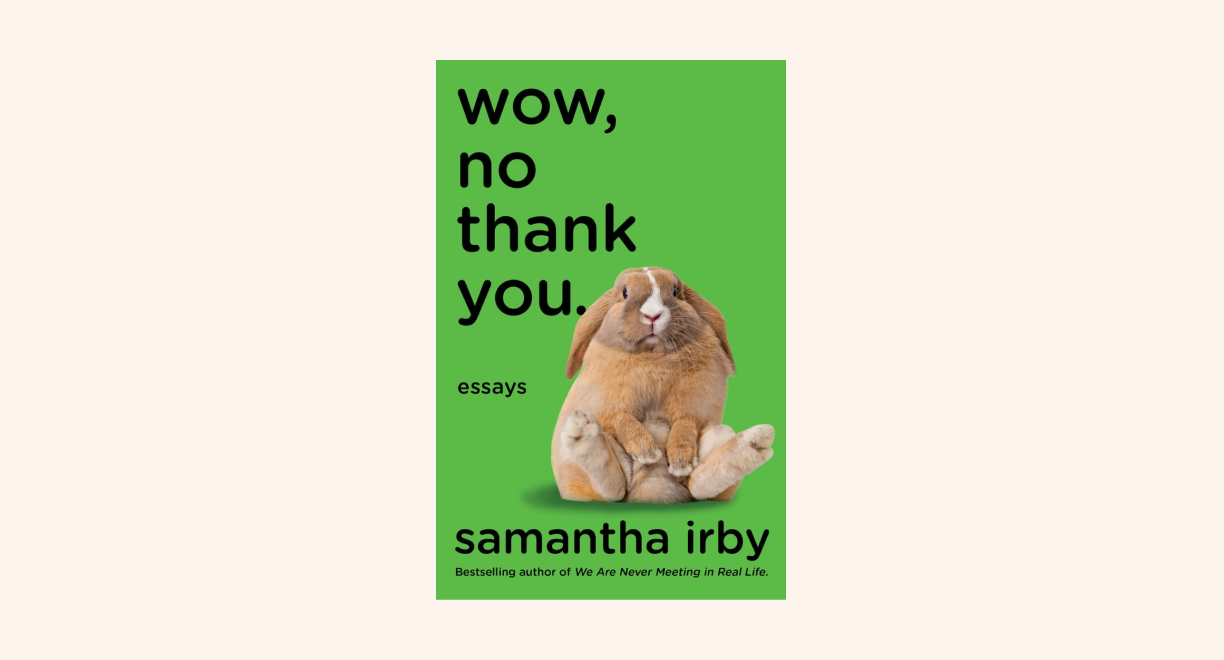 Wow, No Thank You

I don’t know how I haven’t heard about Samantha Irby before. She’s by far the most real and hilarious person I have ever read. I found so many things relatable (gut issues! hating people!) as I cackled through her essay collection. Do yourself a favour and read it right now. 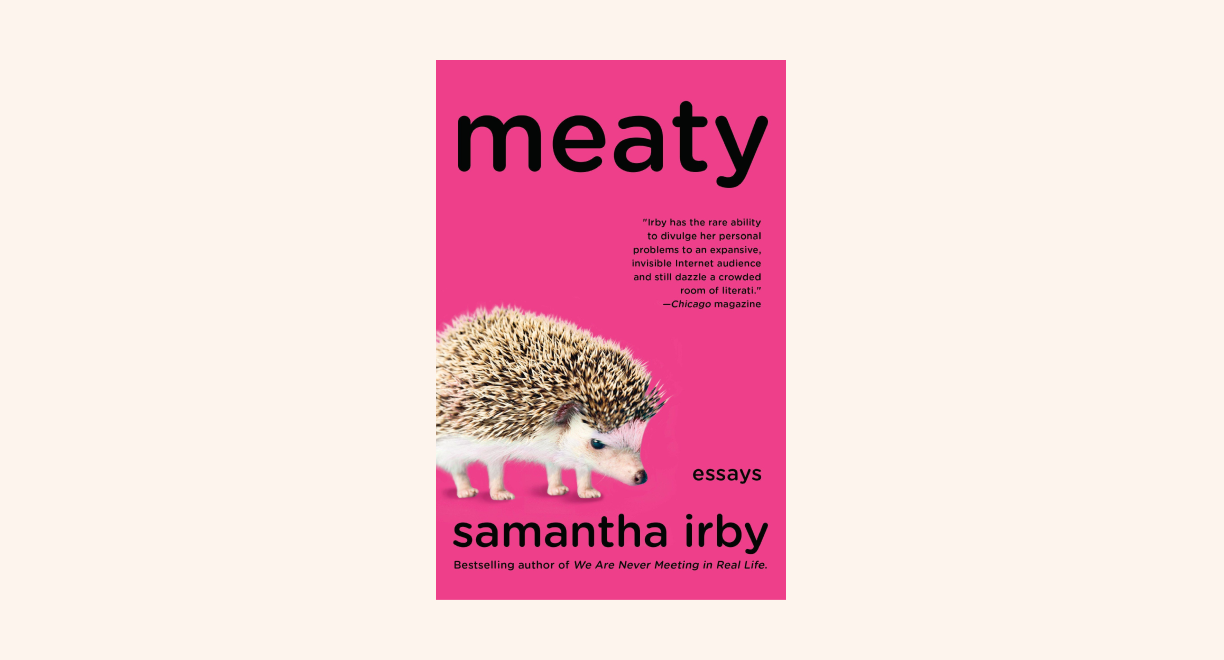 Right after Wow, No Thank You, I had to consume more of Samantha’s books. It’s like coming back to a good, hilarious friend who understands. Samantha’s essays cuddle you. 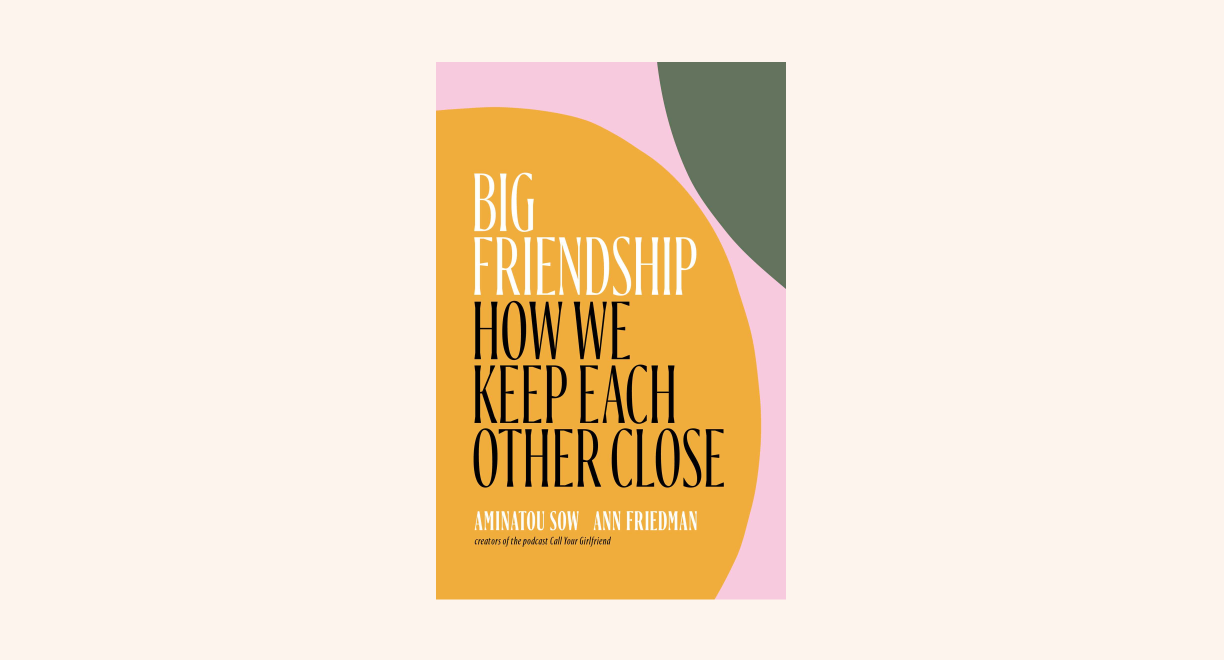 Big Friendship: How We Keep Each Other Close

I recall picking this book up not because I heard the podcast (I famously don’t listen to them) but because I wanted the answer to its title. As much as I wanted to love it, my expectation was to read more of a how-to, not a memoir of this specific friendship of women I wasn’t familiar with. 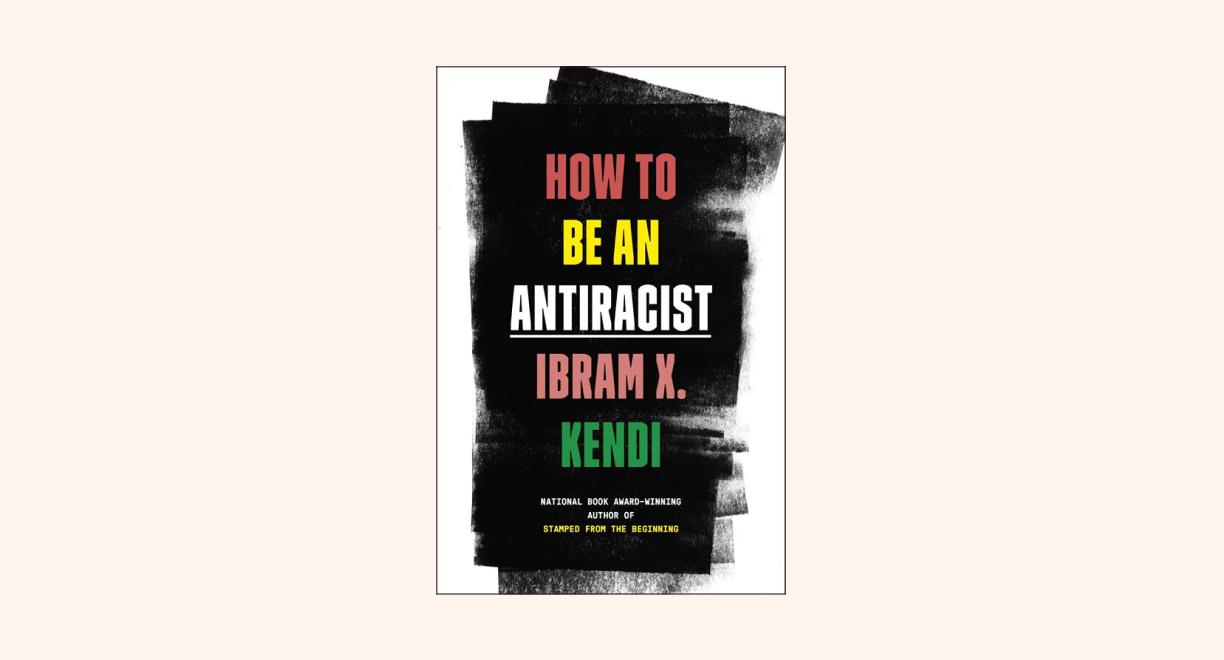 How to Be an Antiracist

Not being racist is not enough—we have to be antiracist. Ibram explains how neutrality is not possible when it comes to racism and how we should be addressing it to create a better world. 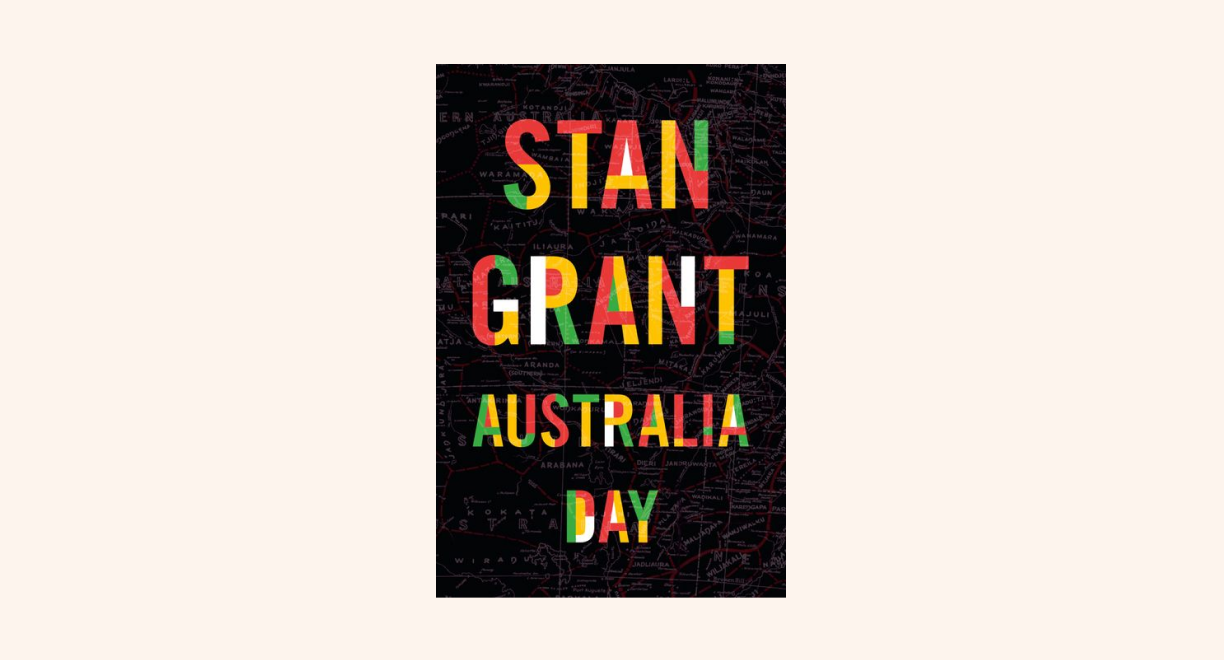 Stan Grant is an Australian treasure—his books should be a mandatory read. In Australia Day, he speaks on what it really means to be Australian and how Indigenous people struggle to belong in the colonized reality of current times. He asks uncomfortable but necessary questions nobody else seems to be asking. 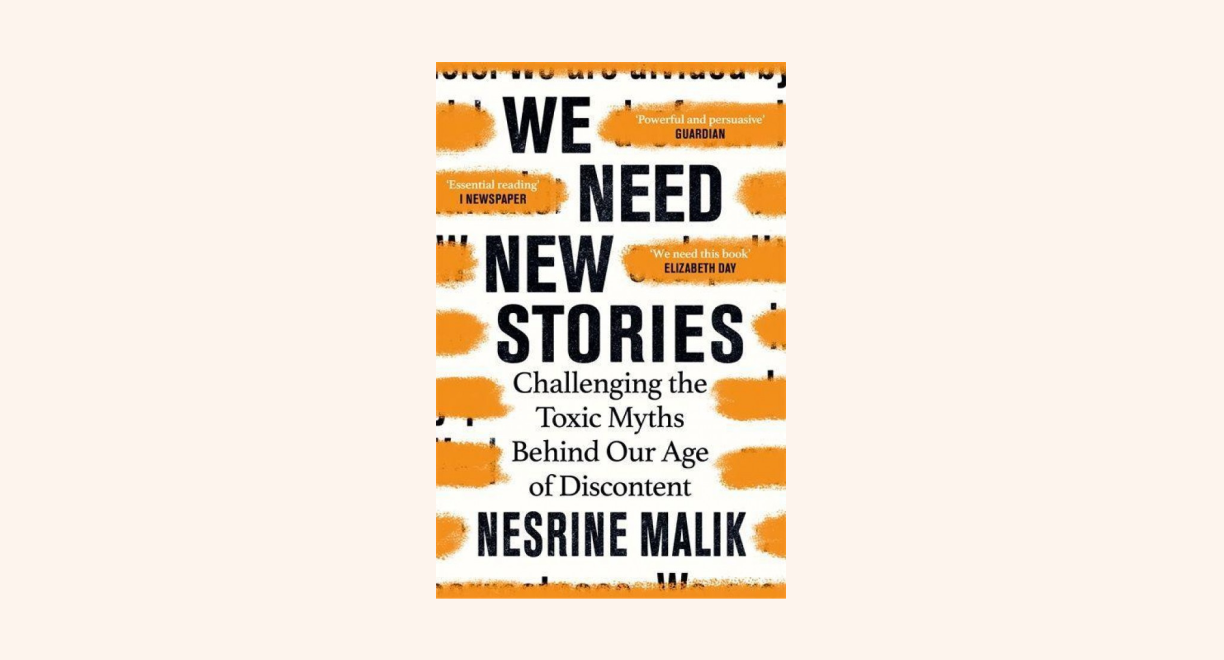 We Need New Stories: Challenging the Toxic Myths Behind Our Age of Discontent

Fake: A Startling True Story of Love in a World of Liars, Cheats, Narcissists, Fantasists and Phonies

OMG. This book brought chills down my spine as Stephanie described how her then-partner made up an entirely imaginary life of lies, which she had no idea about. She dissects this phenomenon with her investigative journalism skills.

Feminism for the 99%: A Manifesto

Three organizers of the international women’s strike in the US talk about how we need anti-capitalist, radical feminism instead of solutions for the 1%. Fuck leaning in. 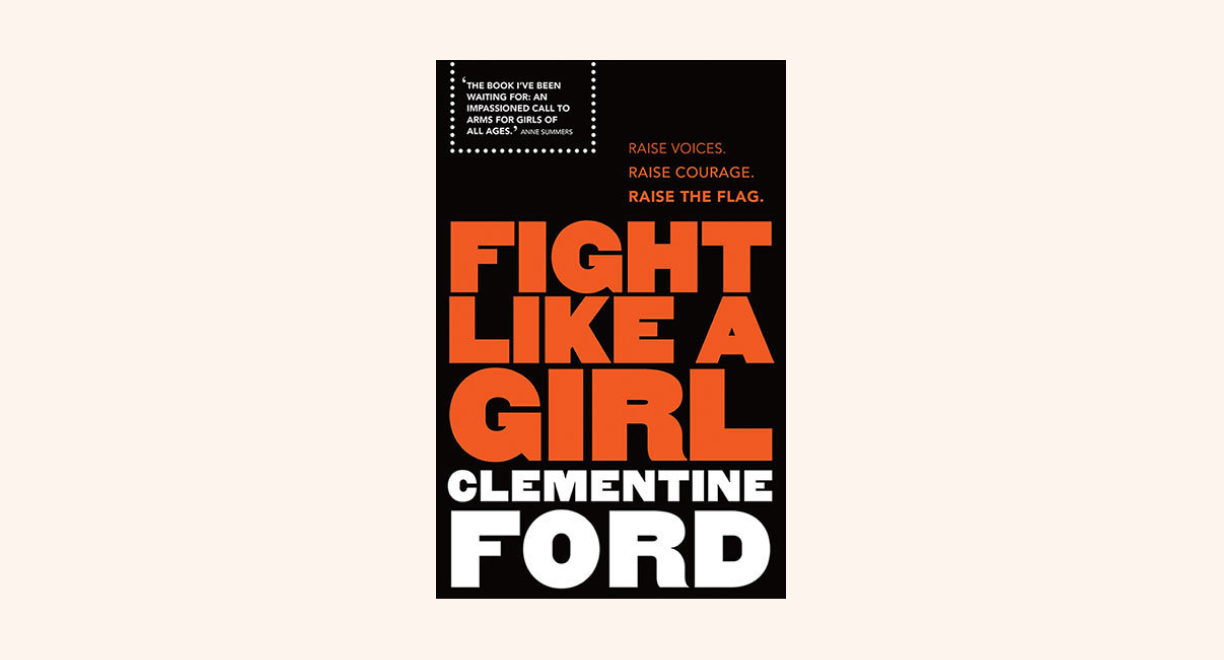 I have been meaning to pick up Clementine’s books for a while. Her feminist writing does not take prisoners—she’s not here to discuss sexism or misogyny in polite terms or step around the elephant in the room. 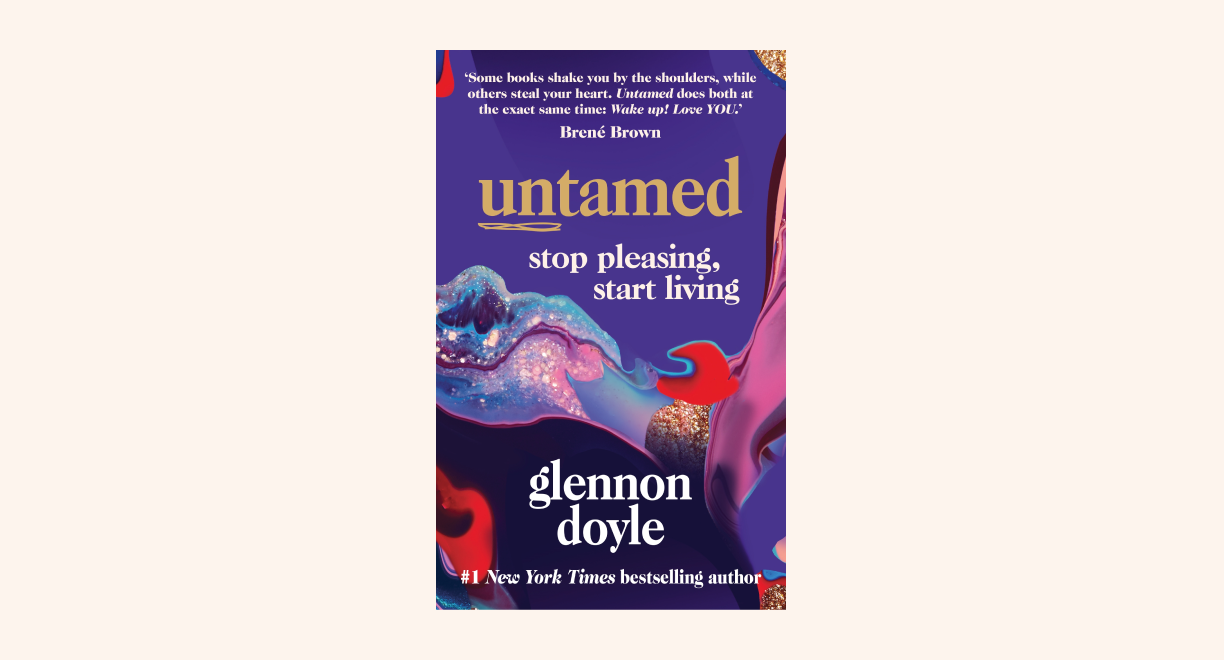 I should have known I’m going to hate this book. While some of the sentiments are critical (setting boundaries, abandoning toxic societal expectations and standing up for yourself), I couldn’t get past the egotistic tone. 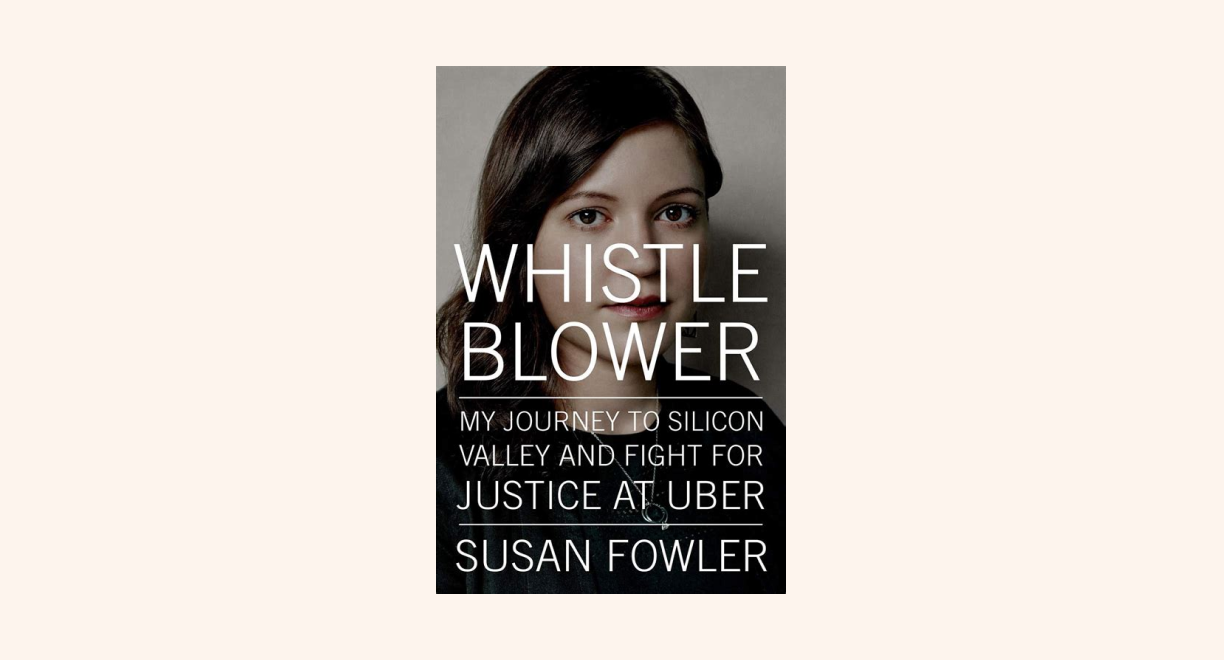 Whistleblower: My Journey to Silicon Valley and Fight for Justice at Uber

Susan’s post (and its aftermath) shook the tech world. Still, I can’t help but feel that her book focussed a bit too much on a personal story versus shining a light on systemic issues experienced by countless (not only white) women and other underrepresented groups.

Between the World and Me

Between the World and Me is a lyrical masterpiece—a story about race told to Ta-Nehisi’s son. What is it like to inhabit a Black body? Is America going to reckon with its racism? 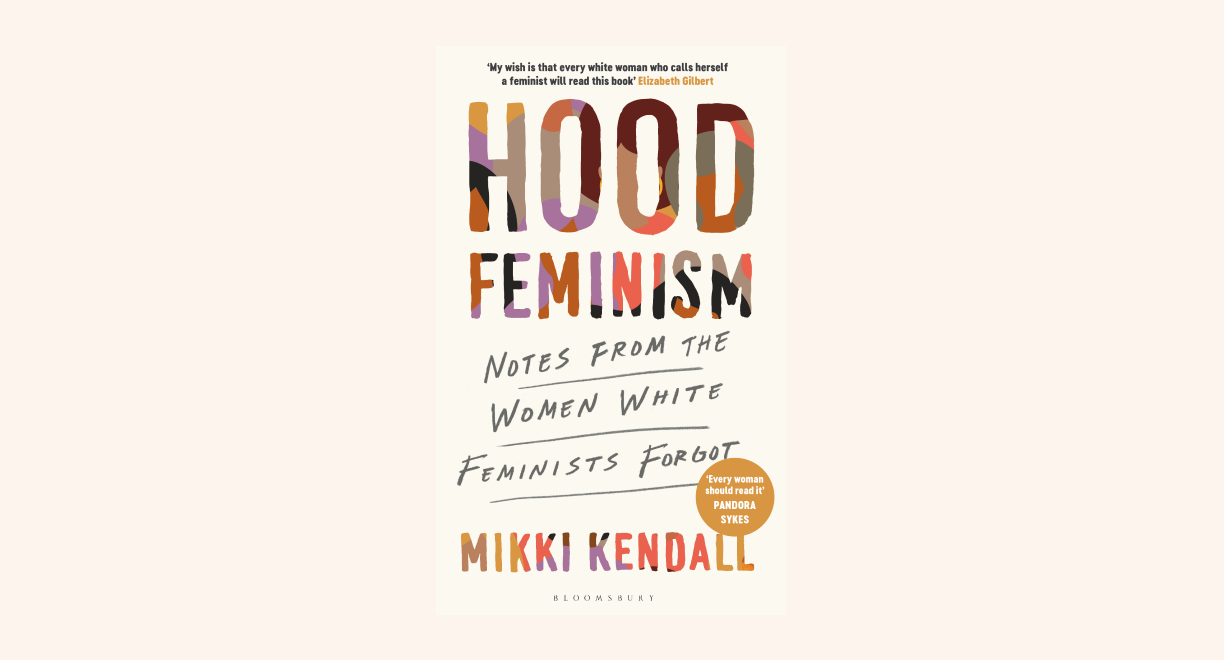 Hood Feminism: Notes from the Women That a Movement Forgot

I am so tired of white feminism, and Mikki’s book was a welcome respite. Easily one of the most critical looks at feminism: who it’s failing and what issues fall under its definition. Both mostly overlooked in mainstream feminism reads. 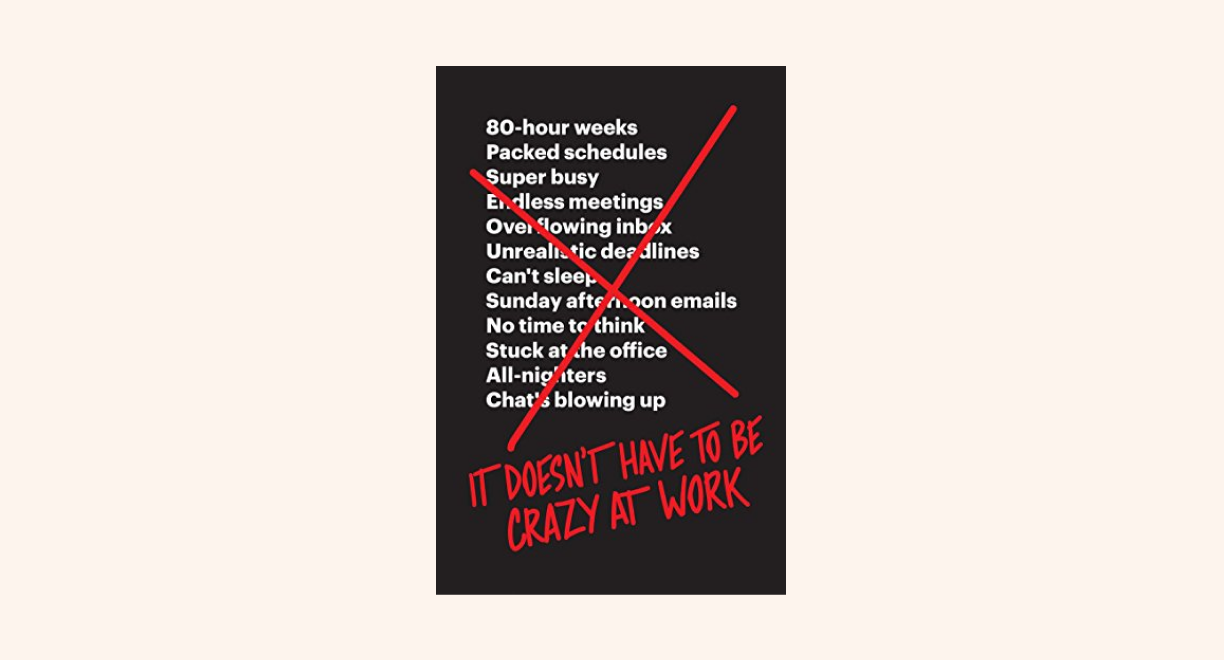 It Doesn’t Have to Be Crazy at Work

I squinted enough to bypass the ableism in the title to consume another Basecamp book. Look, if you have never thought critically about capitalism and company culture, maybe you will find it revolutionary. I didn’t. 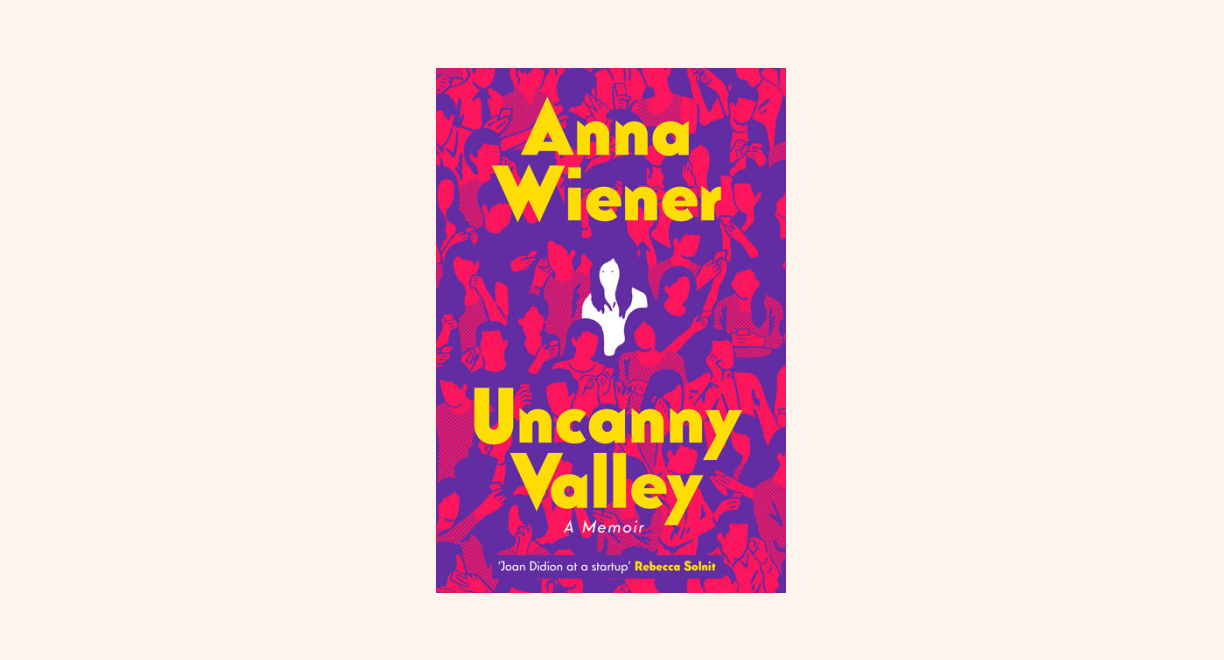 I could quickly identify all tech companies Anna was avoiding to name but describing in excruciating detail. Maybe I didn’t find it revolutionary as many of the experiences she described I also lived in years prior. Love a good Silicon Valley burn, though. 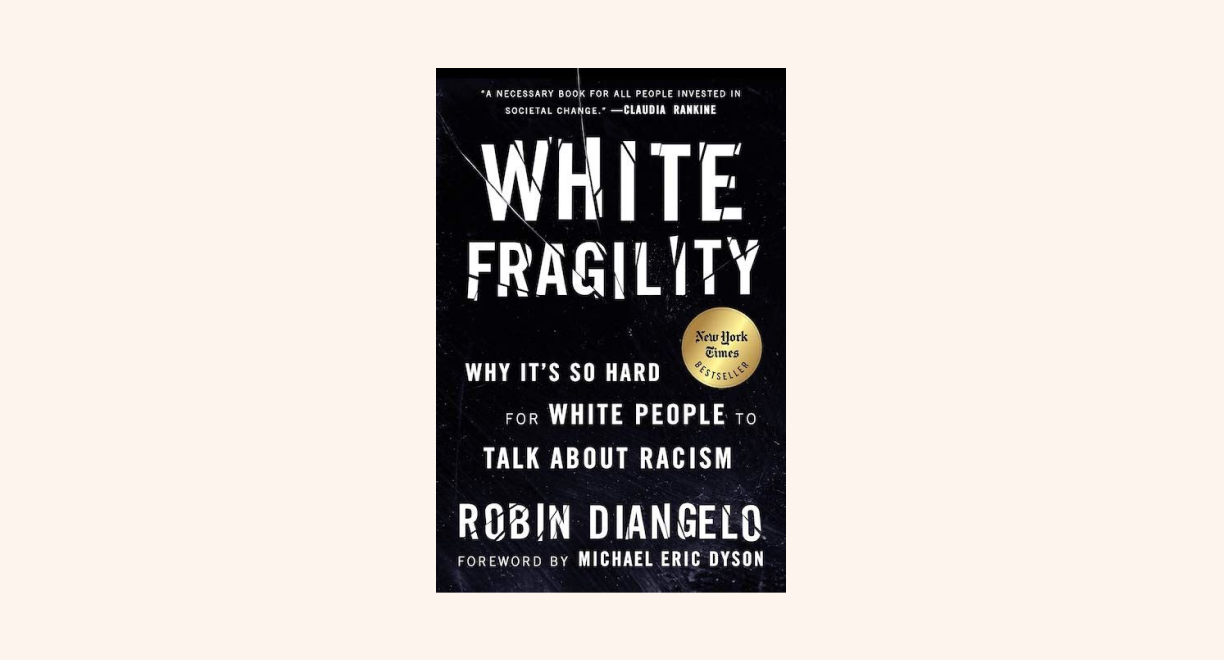 White Fragility seems to be (sigh) one of the most popularised books on racism. In reality, it’s a convoluted pat on the back of white people who want to feel better about themselves, solving or explaining nothing about systemic racism. Support and read Black writers instead. 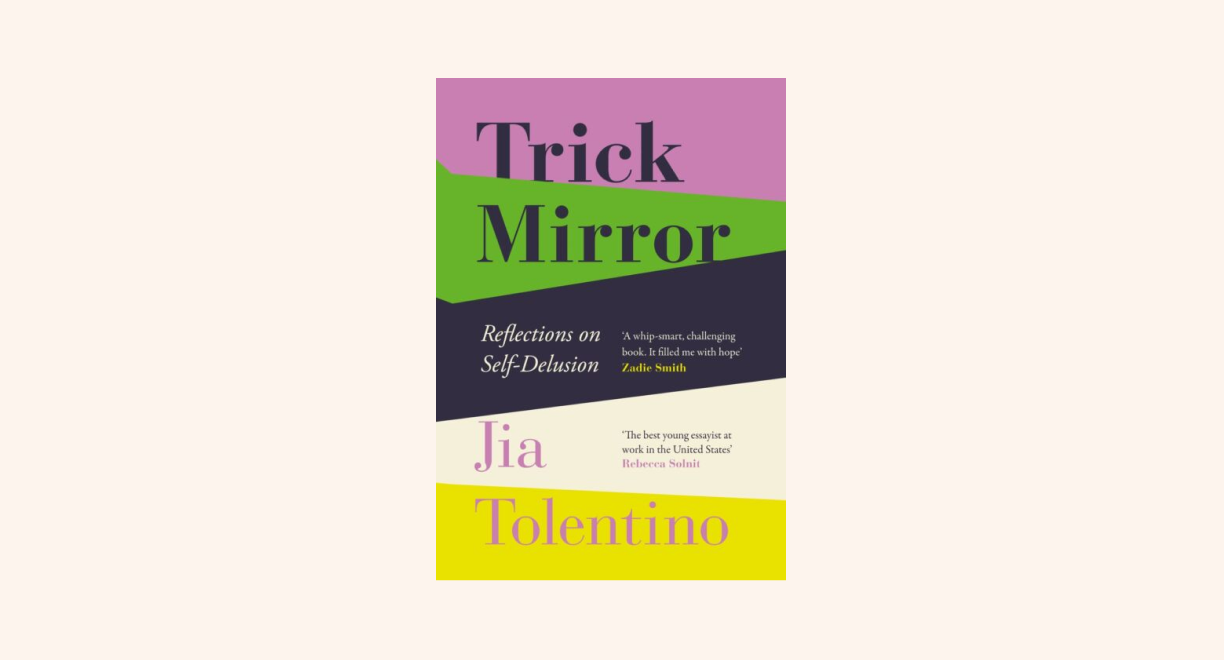 Wow. I wish I was so succinctly on fire with my observations as Jia Tolentino is. In her collection of essays, she shares witty observations on the internet, the self, feminism and politics—a must-read. 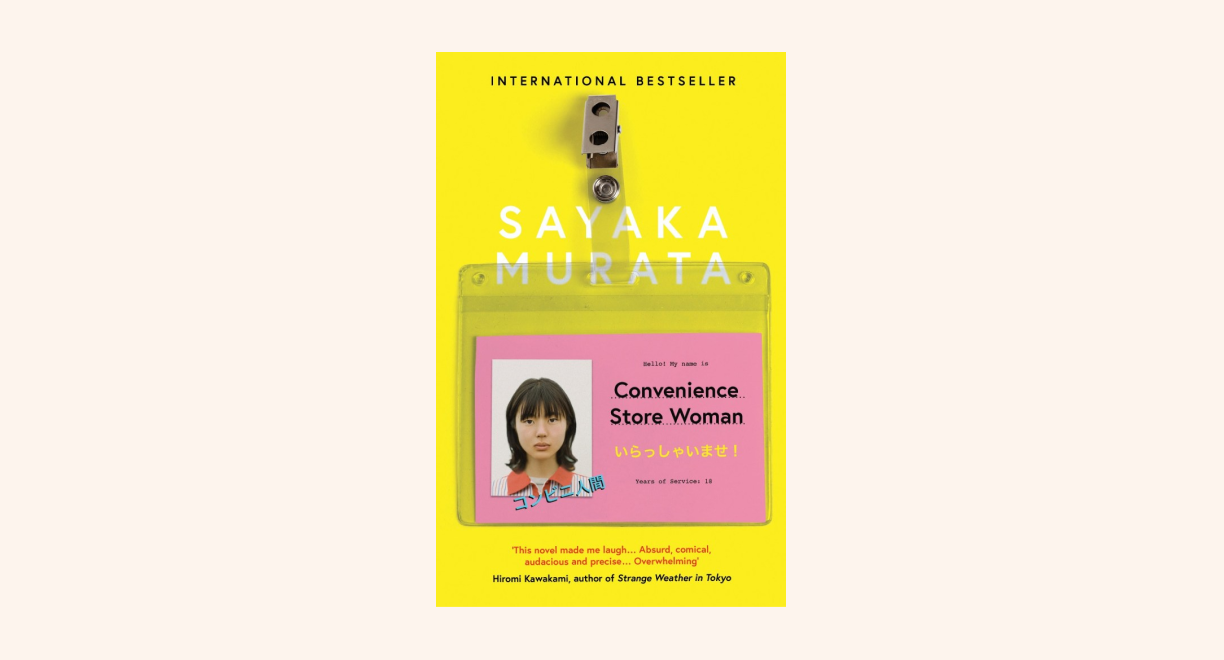 It was refreshing to pick up the Fiction Book of the Year again (the fiction commitment is not going so well, seemingly). I know many people love Convenience Store Woman, but I didn’t. Maybe it’s my rusty fiction-reading muscle. 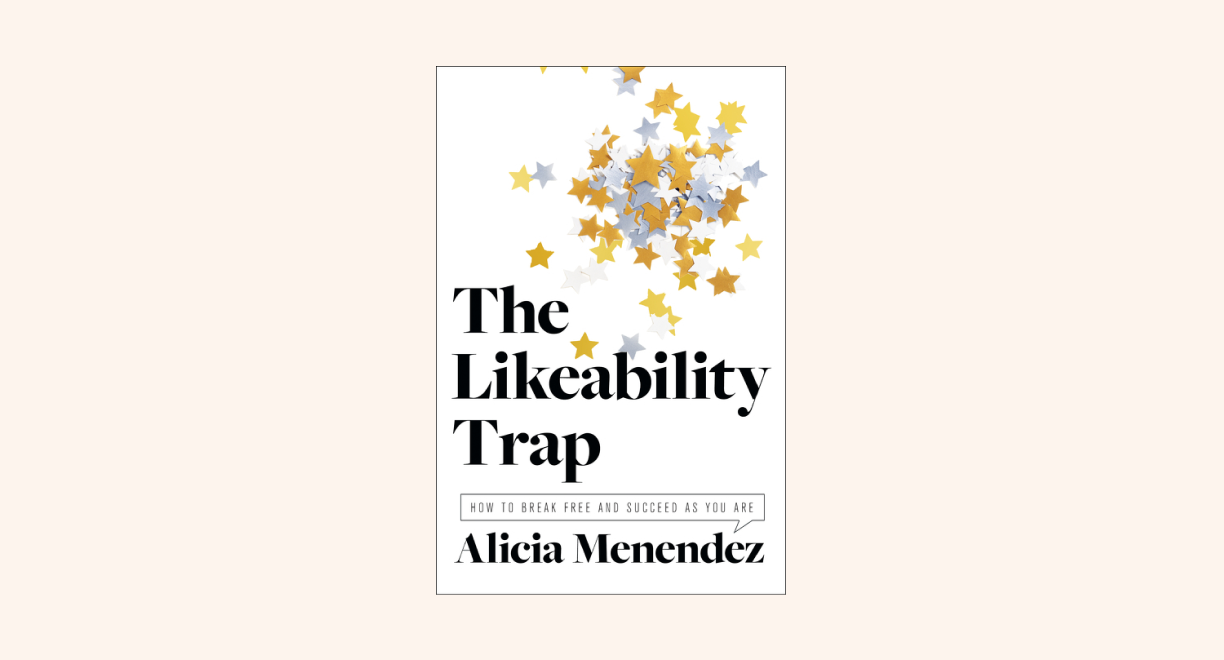 The Likeability Trap: How to Break Free and Succeed As You Are

There’s a mountain of pressure on women to be always likeable, amendable, and in a way, obedient. Alicia shows how to stop caring about likeability and live your life instead.

Beyond Beautiful: A Practical Guide to Being Happy, Confident, and You in a Looks-Obsessed World

I wouldn’t say that Beyond Beautiful is THE guide to read when discussing body neutrality and rejecting patriarchal pressures on women. Still, it does ask some critical questions that might steer you in the right direction. Unlearning what we have been conditioned to takes a long time. 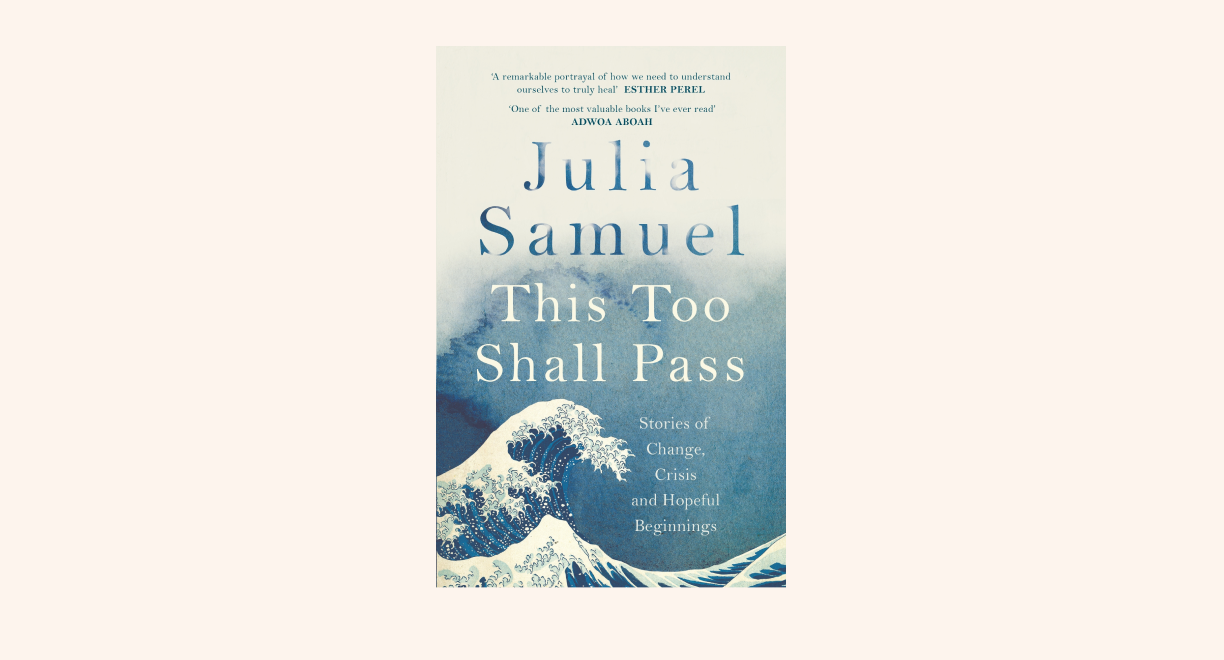 This Too Shall Pass: Stories of Change, Crisis and Hopeful Beginnings

I bought Julia’s book, hoping it would be similar to ”Phosphorescence” and ”Any Ordinary Day” (mentioned above). In ways, it was—it pictured people going through all sorts of situations life threw at them. Overall, I didn’t find this book especially inspiring or filling my hope bucket.

Abolish Silicon Valley: How to Liberate Technology from Capitalism

Another Uncanny Valley-like book about working in tech in SV. However, it does not mention fixing systemic issues in Silicon Valley, but mostly focuses on describing Liu’s experience.